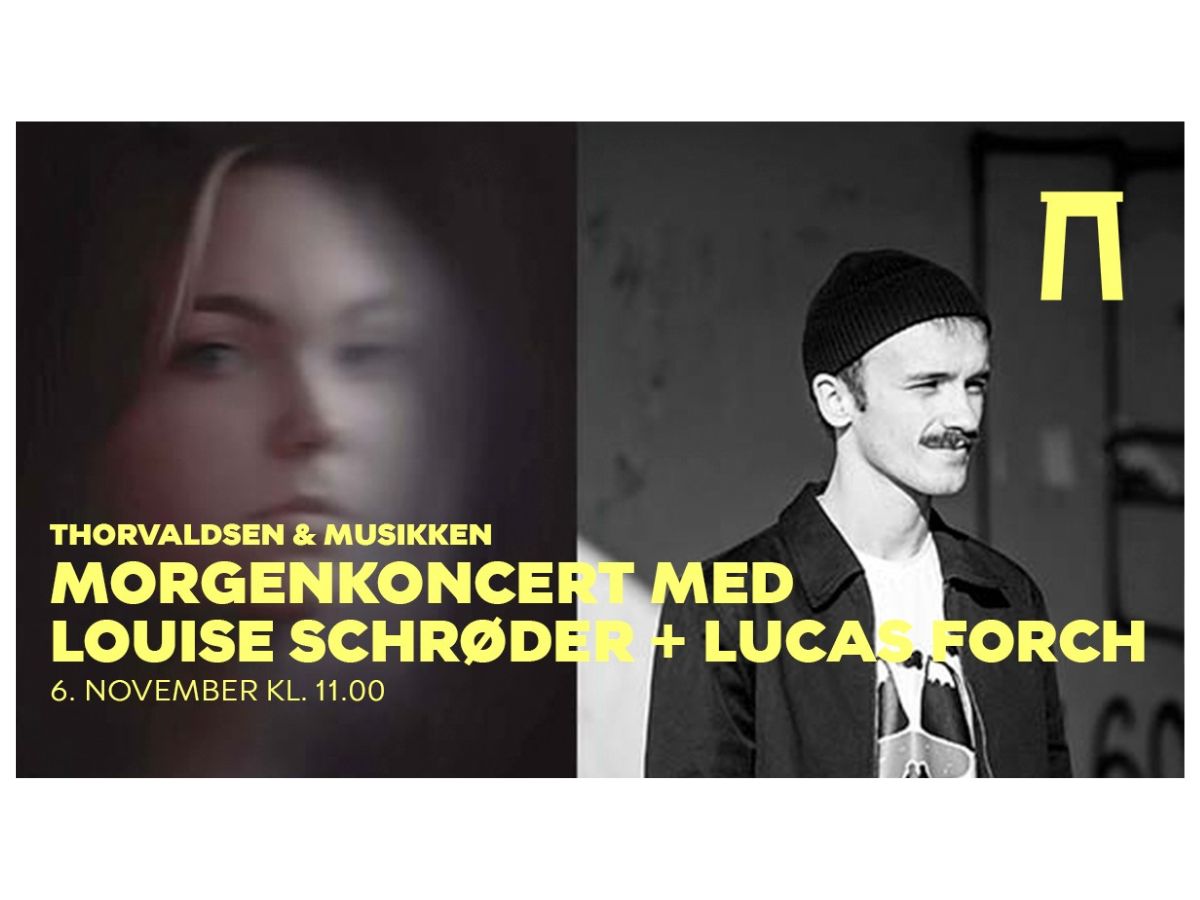 On November 6th you now have the chance to come and see & hear two exciting neoclassical artists performing at Copenhagen’s oldest public museum Thorvaldsens Museum. The event begins at 11 AM with Louise Schrøder who released her debut EP ‘I Smult Vande’ (‘In Calmer Waters’) back in the spring this year. Building from the piano, she leads the listener into the borderland between classical and jazz, and she draws inspiration from both early and recent classical, jazz as well as ambient music. The compositions offer a meditative melodic universe and under the apparently calm surface, there are constant changes in both harmonies and rhythms.

At 12 noon Lucas Forch will enter the stage. His thoughtful and melodic solo piano pieces have garnered more than 25 million plays on Spotify and Apple Music and his neoclassical compositions are characterized by being extremely melodic and spirited and he performs his songs with great emotion. Lucas will play songs from the debut album ‘Beginnings’ as well as from his coming album ‘Solen Slukket’ (‘Sun Out’), to be released in December this year. On stage he will be joined by clarinetist Christian Holm-Svendsen who has a background in DR’s Big Band a.o. to perform Lucas’ new material.

Check out the event and buy a tickets right here: